When Ravenscraig Steelworks closed in 1992, a site once at the beating heart of industry lay vacant. There were calls to find new uses for the land, followed by several years of planning and preparatory work. The vacant land was then redeveloped after 2006. This led to the formation of Ravenscraig Ltd – a joint venture comprising Scottish Enterprise, Wilson Bowden Developments (Barratt Developments) and Tata Steel.

Working together, this partnership sought to redevelop the site in a way that would have real economic impact for North Lanarkshire and Scotland, bringing new houses and services to help form Ravenscraig as a self-sufficient community. 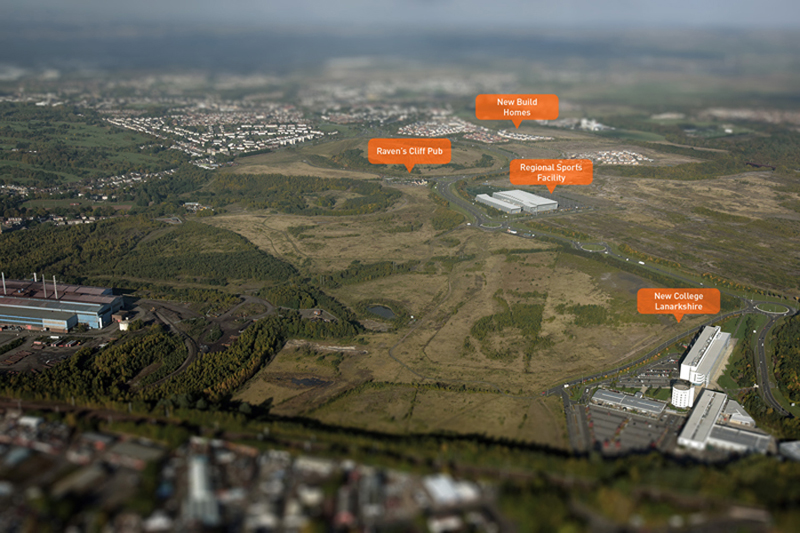 Ravenscraig is located in North Lanarkshire between the Scottish towns of Motherwell, Wishaw and Carfin which have a population of around 70,000 people.

Ravenscraig is conveniently located within ten minutes drive of the M74 and M8 motorways, making it easily accessible for commuters in both Edinburgh and Glasgow.

North Lanarkshire Council (NLC) continues to provide major support for Ravenscraig and is a key driver in the regeneration of the site.  NLC announced in 2020 that £127m of funding from the Glasgow City Region Deal and NLC would be invested in the Ravenscraig Road Infrastructure Access, which will further enhance the connectivity of Ravenscraig north to the M8 and south to Motherwell and the M74. The work is due to commence later this year with completion anticipated in 2025

Additionally, paths for pedestrians and cyclists will also be created on both sides of the new road. You can read more about the plans to develop new and improve existing road and travel routes in Ravenscraig here.

There is also a frequent rail service that travels through nearby Motherwell Train Station, making it easier than ever to get to and from Scotland’s main cities and beyond.

An array of key projects have become a reality since development work on Ravenscraig began in earnest in 2006. New College Lanarkshire now has its largest campus on the site at its £70m complex. Thousands of students enter the doors of the Motherwell campus each day, with the college offering a wide range of courses across six different faculties with car parking, student accommodation and more.

Housebuilders in Scotland including Barratt Homes, David Wilson Homes, Taylor Wimpey and Keepmoat have been attracted to the site by Ravenscraig Ltd, with hundreds of homes created and communities now growing and thriving. All new build homes in Ravenscraig can access a number of supermarkets and make use of the Ravenscraig Regional Sports Facility and the nearby Dalziel Rugby Club.

The opportunity at Ravenscraig is clear, with the sheer scale of the site meaning there is ample land for further development.

A £2.9m pub and restaurant called the Raven’s Cliff also opened its doors on the site, marking another important milestone in Ravenscraig’s regeneration story. The business also offers en-suite rooms, Wi-Fi, free parking and king size beds. The Raven’s Cliff in Motherwell is located on Prospect Hill Road, at the old Ravenscraig Steel Works next to Ravenscraig Regional Sports Centre.

The latest development in Ravenscraig is The Craig, a new park where the public can enjoy play and recreation with a café kiosk and picnic areas. 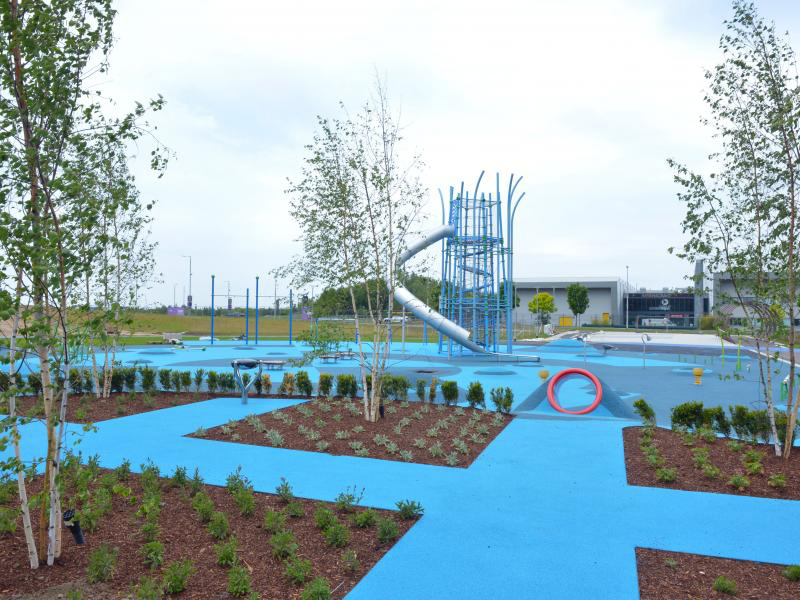 As the project has grown, shifting lifestyles, market conditions and developer appetite led us to the conclusion that the time was right to revise our original 2006 masterplan in order to ensure the brightest possible future for the site.  The new Masterplan was approved in 2020.

Our refreshed plans for the future of Ravenscraig include expansive green space, incorporating playparks and safe walking and cycling connections to make sure the public can commute safely.

The plans also include further education facilities and high-quality new build housing. There will also be ample employment opportunities throughout the development phase, while conversations are underway with potential commercial occupants for the site. Find the latest approved plans here.