New College Lanarkshire began life in 2013 following a merger between Cumbernauld College and Motherwell College. In 2014, it then absorbed Coatbridge College – and today it boasts an intake of more than 25,000 students.

Seeing the potential in the Ravenscraig site, the decision was made to build a new state-of-the-art campus on the grounds of the former steelworks. Opened in 2009, it is New College Lanarkshire’s largest campus. The £70m campus provides a learning environment of the highest quality for thousands of students, with the modern building stretching to 200,000 sq. ft. The five-storey main building is home to the majority of teaching and leisure spaces – and also features a hair and beauty salon in addition to a training restaurant.

There is also a separate engineering building used by students undertaking courses in construction, joinery, welding, automotive and mechanical engineering – particularly fitting considering the history of the Ravenscraig site.

In addition to studying on site, there is also a Halls of Residence, which includes 49 en-suite single study bedrooms used by both full and part-time students.

Discover our other Key Projects 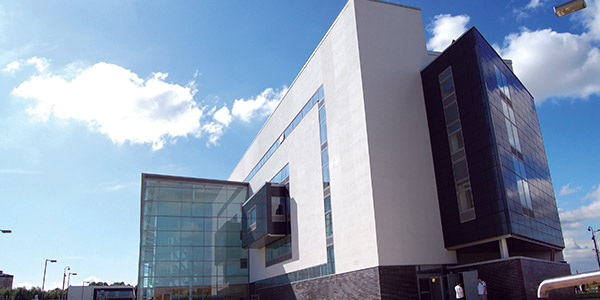