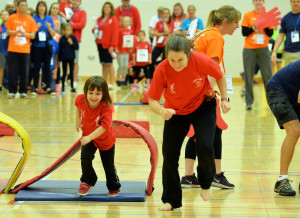 Ravenscraig Ltd was proud to be a backer of the British Transplant Games – which took place in North Lanarkshire last week.

Now in its 40th year, this fantastic event saw 750 athletes take part in sporting activities across 14 venues including the Ravenscraig Regional Sports Facility.

Each of the athletes had received a life-saving organ transplant, with the Games serving to encourage them to lead active lives while highlighting the benefits of transplantation and raising awareness of the NHS Organ Donor Register.

While the brave athletes were the star attraction, the Games would not have been possible without the support of the hundreds of ‘Northlander’ volunteers, most of whom call North Lanarkshire home. 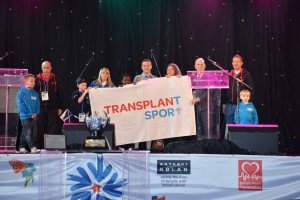 The event was a huge success, with thousands of supporters cheering on the athletes in competitions including archery, athletics, swimming and tennis. After a thrilling weekend of activity, the competition came to a close on Sunday at the Closing Ceremony, where the baton was passed to Birmingham – who will host the next British Transplant Games in 2018.

Nick Davies, Director of Ravenscraig Ltd, said: “As the partnership behind the redevelopment of Ravenscraig, we were absolutely delighted to welcome such a high-profile and important event to the area.

“The Regional Sports Facility has been one of the key successes of the recent redevelopment, and it proved to be a fantastic venue for the athletes who competed.

“Special praise also has to go to the hundreds of volunteers, many of them North Lanarkshire locals, who gave up their free time to make sure the event was a roaring success.”